This study aims to examine the effect of the Audit Committee, Independent Commissioner, Company Size, Leverage, and Liquidity on Tax Avoidance in banking sector companies listed on the Indonesia Stock Exchange during the 2017-2020 period. The type of research used is quantitative research using secondary data sources obtained from annual financial reports on the Indonesia Stock Exchange (IDX). The sampling technique in this study used purposive sampling method and obtained 41 companies from a total of 164 observations. The data analysis technique in this study used panel data with the Eviews program as a tool. The results of this study indicate that the factors that influence Tax Avoidance are Independent Commissioners, Company Size, and Leverage. The results of this study indicate that the Independent Commissioner and Company Size have a significant positive effect on tax avoidance. Meanwhile, Leverage has a significant negative effect on Tax Avoidance. However, the variables of the Audit Committee and Liquidity have no effect on Tax Avoidance. 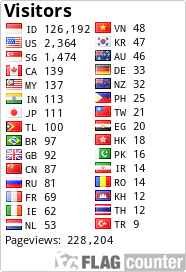 THIS JOURNAL INDEXED BY

JIAKES is licensed under a Creative Commons Attribution-NonCommercial-ShareAlike 4.0 International License